Insanity is hilarious . . . from a distance.

Up close, the insane smell like piss-soaked carpet and bludgeon you with strangely aggressive questions about menstruation.

But the stories the insane leave behind? Those, my friends, are dynamite, turning our guffaws into dry heaving gasps of hilarity. 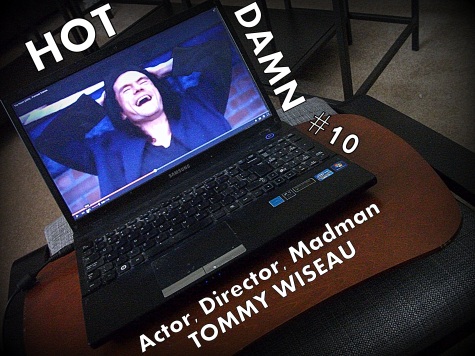 Which brings me to actor, writer, director, and all around madman Tommy Wiseau. From here on out, you should know him as the mastermind behind the cult movie The Room, the film that has been dubbed the Citizen Kane of bad cinema. Even twelve years later, many fans are still attending small screenings of the movie because, despite its abject failure as anything even closely resembling film, it somehow manages to tickle our collective knobs.

And yet we do not regret the experience. If we’re going to get down and dirty and ruin the carpets, then let’s do it with the insane, with the lunatics, with the barking mad.

Tommy Wiseau – an artist, a creator, a lunatic.

He is a man with a story to tell.

And what a story it is.

Did you miss last week’s entry on BOOKS Catch up here.